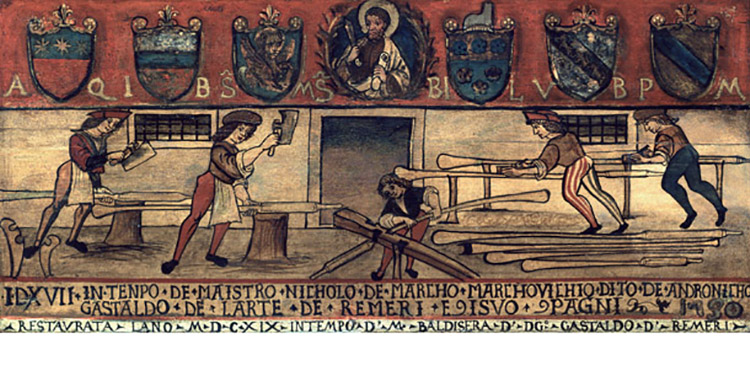 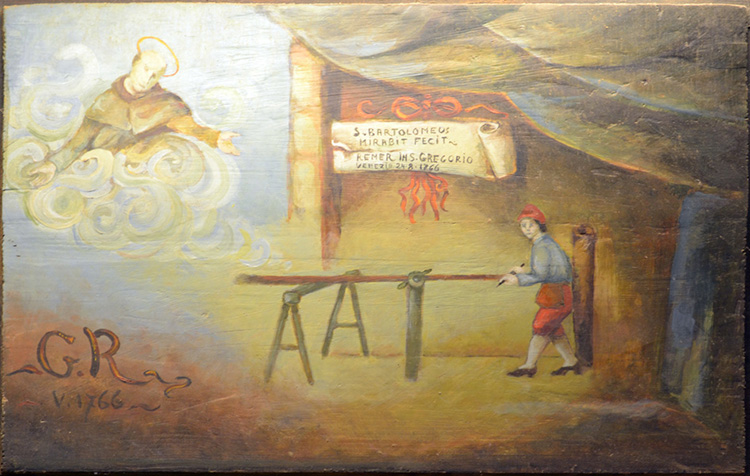 The craft of the remèr (Venetian oar maker) has always been essential for the daily life of a city born in the middle of a lagoon. The remèri founded their own corporation which was officially recognized in 1307.

The work of the remèr would begin with the choice of timber from the Alpine woods of Cansiglio where a number of mountain-based oar-makers supervised the choice of beech trees, their cutting and removal from the woods. The enormous trunks of beech, cut lengthways into quarters, were loaded onto rafts for transport by river to Venice. The best and largest lengths were destined for use in the the Arsenale where the remerì de dentro (oar makers who worked within the Arsenale) produced the hundred of galley oars necessary for the commercial and military life of the Serene Republic. The smaller lengths were distributed to the tens of workshops of the remèri de fora. Located in strategic points around the city, these oar makers supplied the thousands of boats navigating the canals and the lagoon, satisfying the most varied requirements of one of the most crowded cities in Europe.

Although these workshops may have had little in common with each other in terms of layout and location, it is likely that in most cases at least some of the work was done in the open air, in small squares near the workshop and adjacent to a canal.